The largest of the three Khmer-era temples still standing at Sukhothai, Wat Phra Phai Luang (วัดพระพายหลวง) lies north of the old city walls, about 700 meters east of Wat Si Chum's iconic giant Buddha image. It was built in the early 13th century by King Jayavarman VII (r. 1182-1219) and this area appears to have been at the core of the Khmer city; it would have remained so for the Sukhothai leaders until they built anew to the south, making Wat Mahathat their spiritual center. 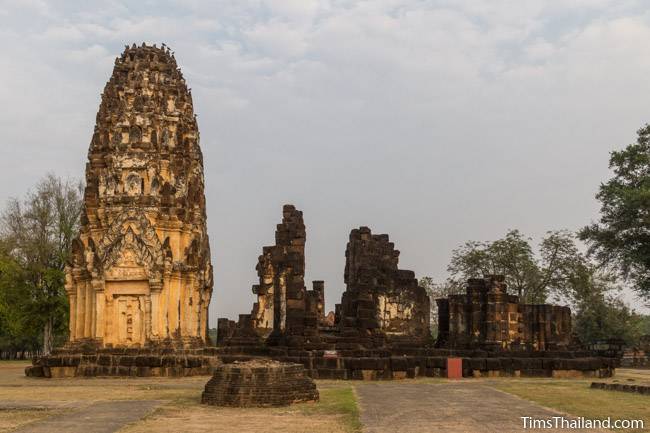 Wat Phra Phai Luang originally had three laterite prang towers (similar in style but bigger than those at nearby Wat Si Sawai) on a short laterite base, but only the stunning northern one still stands complete. These towers are mentioned in Thailand's famous Ramkhamhaeng Inscription: "North of this city of Sukhothai there is a market, there is the Phra Achana Buddha, there are prasats, coconut groves, upland and lowland farms, homesteads, and large and small villages." 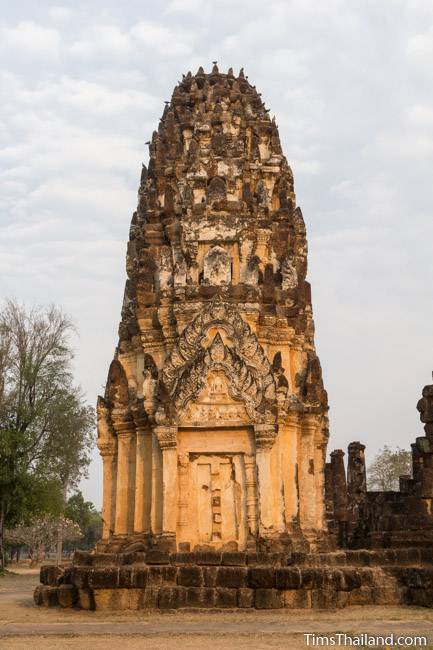 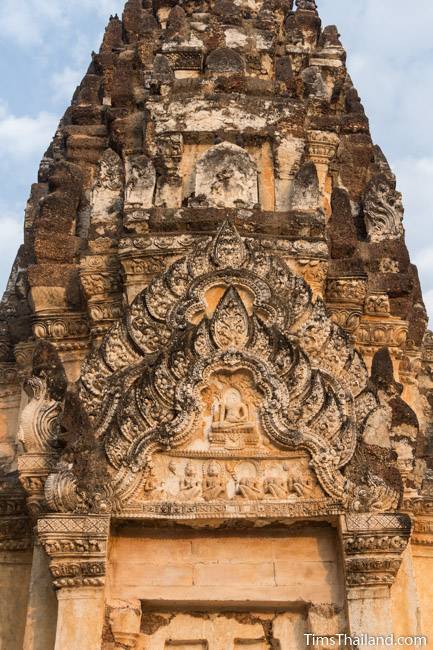 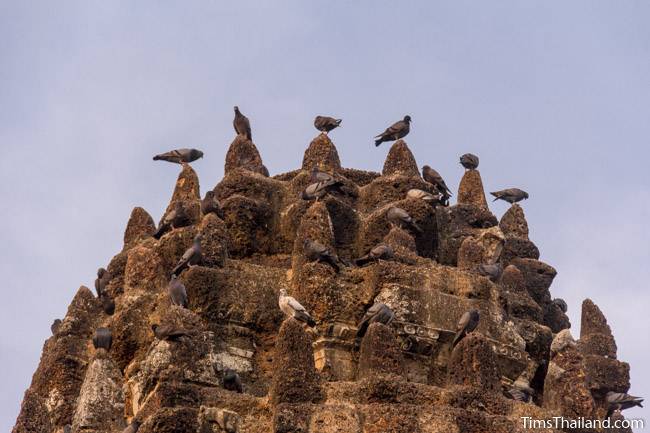 The south and middle towers have toppled and only some lower parts of the walls are still erect. The middle tower has side chambers, so it was significantly larger than the other two. The middle tower's entrance is now in the rear, but it would not have been this way in the Khmer era. Broken yoni (though no Shiva linga) have been put on display in each of the towers, but a Buddha meditating under a naga statue that was found here (now kept in Sukhothai's Ramkhamhaeng National Museum) indicates that this was foremost a Mahayana Buddhist temple with Hindu deities being secondary; this was the norm for Jayavarman VII. 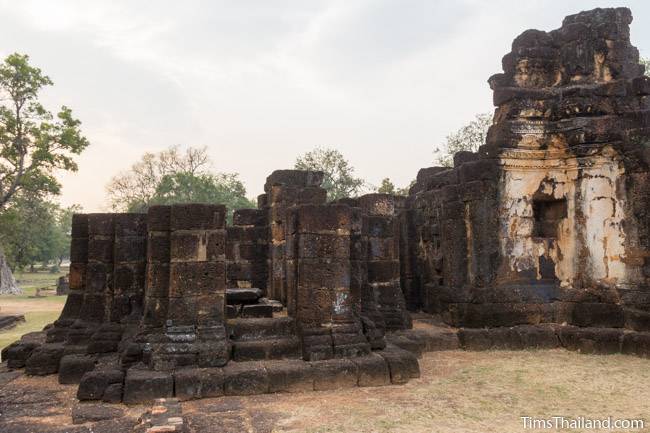 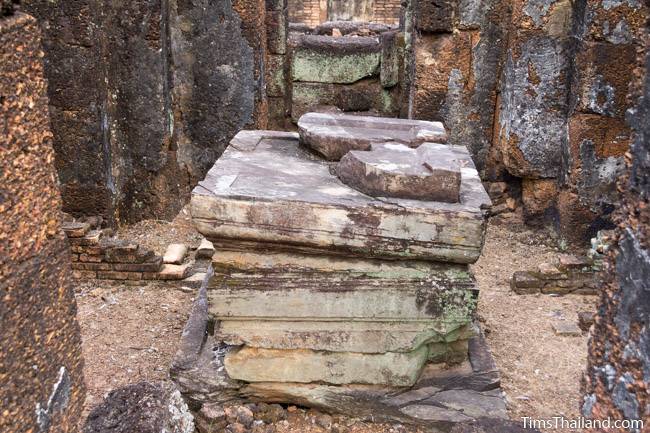 The beautiful stucco work covering the north tower was done in the Sukhothai era, but the artists followed the Bayon-style from the Khmer before them; though it's unknown if they redid the original elements precisely or if they included some of their own designs. There are both Buddhist and Hindu themes, in particular a largely intact Buddha in defeating Mara (aka, calling the Earth goddess to witness) posture on the back (west) pediment and the typical naga antefixes on the corners, but the most stunning parts are the large floral flourishes framing the pediments. Many pieces of this stucco work were taken to the Ramkhamhaeng National Museum. 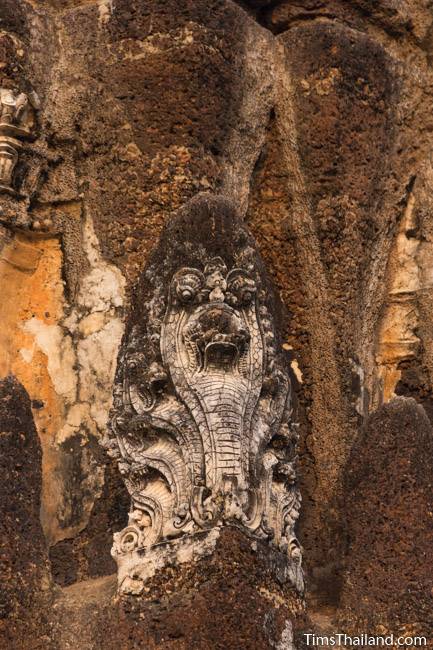 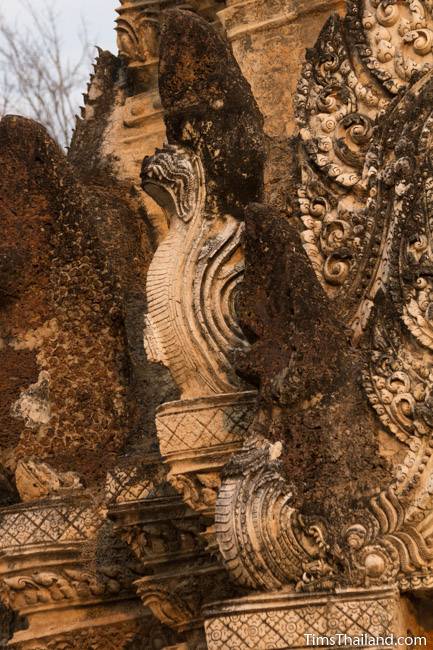 When the Thais expelled the Khmer in 1238 and founded the Sukhothai kingdom they converted this temple to Theravada Buddhism and greatly expanded it. Besides the prang and the innermost of the three surrounding moats, everything here was built them by them, not the Khmer. Right up against the towers are the platform and pillars of a large wihan and near the front of the complex is a mondop (known to have been built in the 15th century, not long before Sukhothai's collapse) with two large reliefs of standing and walking Buddhas. In between is a large square stupa with Buddha niches around the base. The Sukhothai structures are built mostly of brick, but some laterite, probably repurposed from Khmer structures, is used. 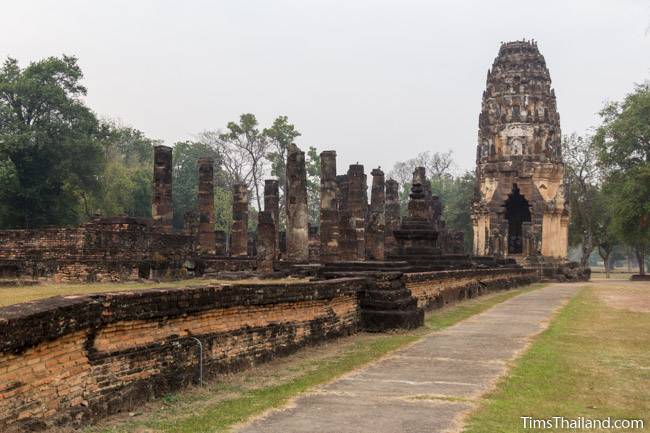 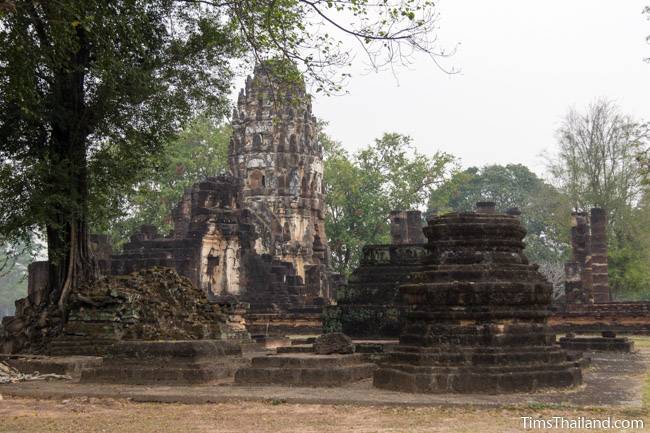 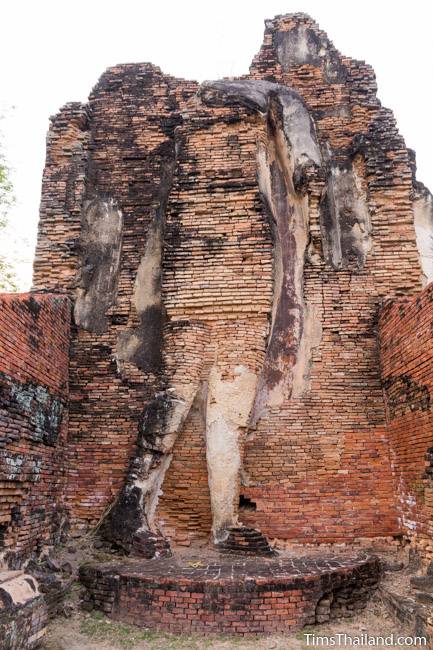 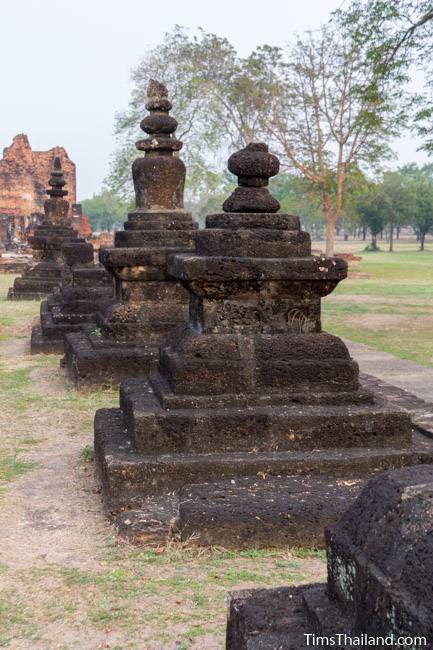 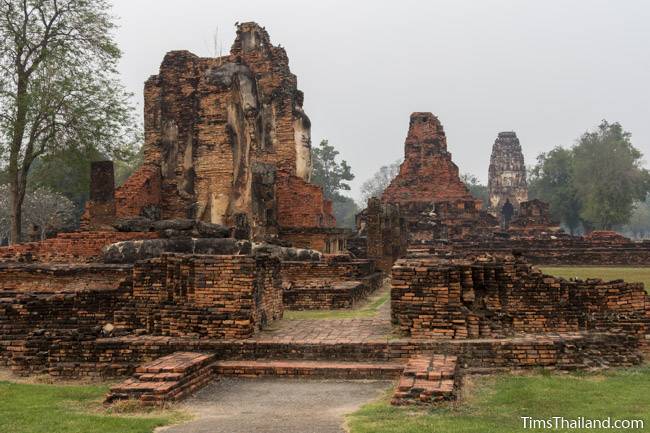 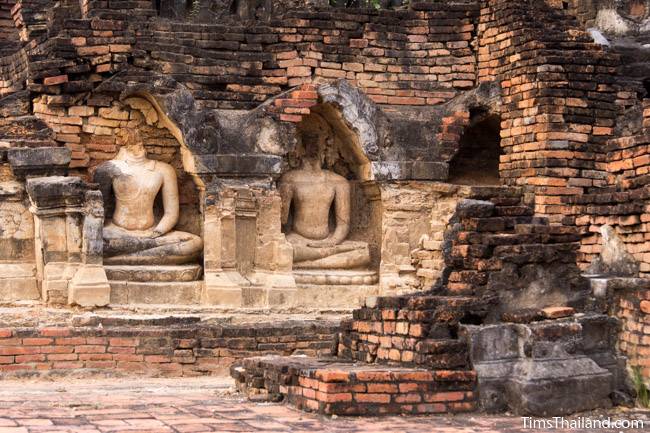 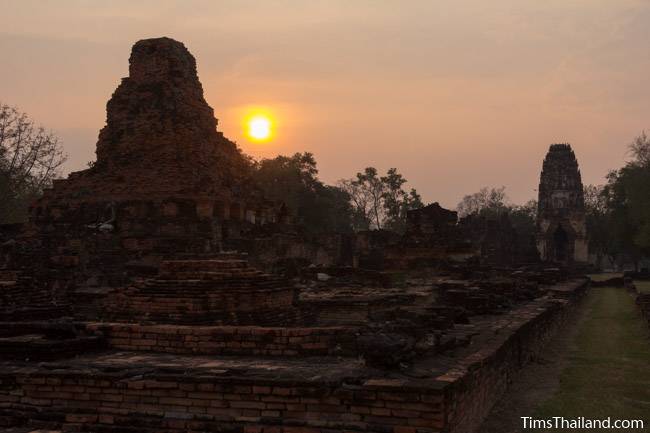 A former baray, one kilometer off to the east of Wat Phra Phai Luang's massive outer moat, has completely silted up, but its outline is clearly visible on any satellite map.