Although Prasat Ban Bu Yai (ปราสาทหินบ้านบุใหญ่) lies in total ruin and most significant carvings are gone, when you see the size of the lotus-bud top (several pieces of it are visible in the rubble) you can tell that this was once a large temple. 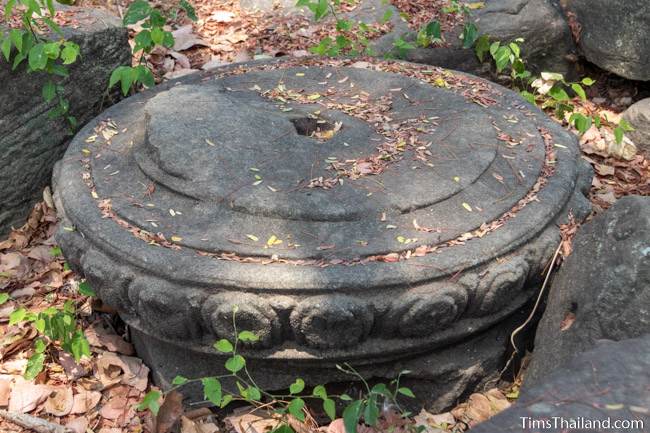 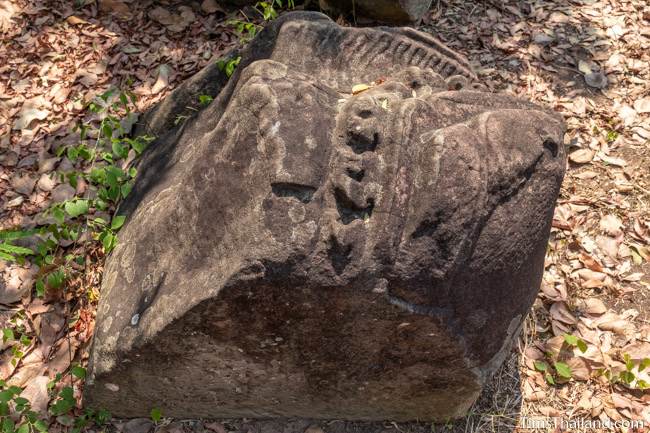 It had a single sandstone tower that can only be said to have been built in the 11th to 13th centuries. There is a second, smaller pile of rubble alongside the main one, but these blocks were moved there and are not from a second building. No laterite or brick can be seen. 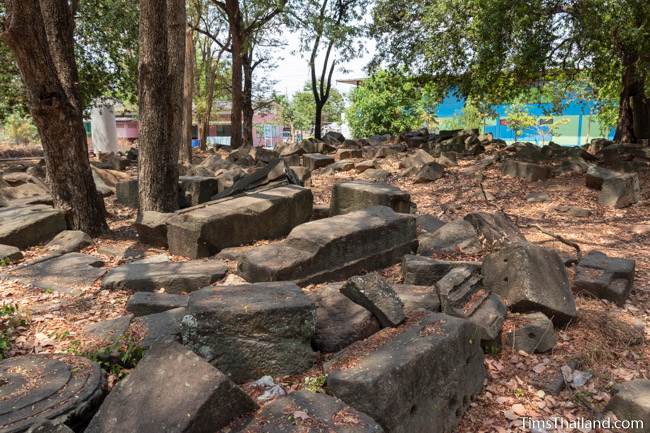 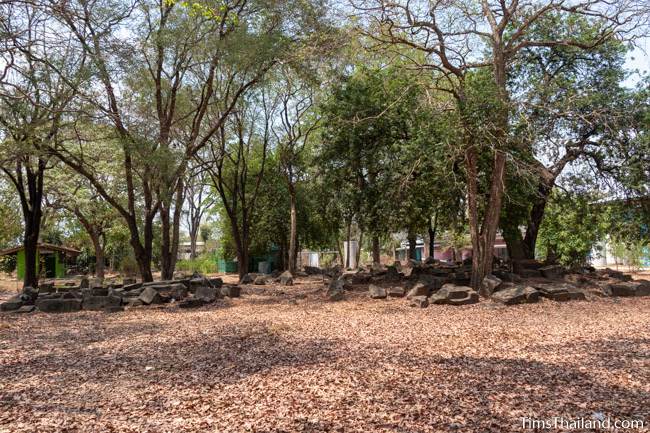 A few other specific pieces besides the lotus-bud finial can be identified including a pedestal, parts of a door frame, and what appears to be a piece of pediment. One of the later is propped up behind a small, stone-carved Buddha that was put here to receive offerings. The owner of a restaurant nearby told us that the pile was a lot bigger when he was a student at the school about thirty years ago and some of the pieces that have disappeared since them had floral designs on them. He felt quite sure that were no lintels or statues at that time. 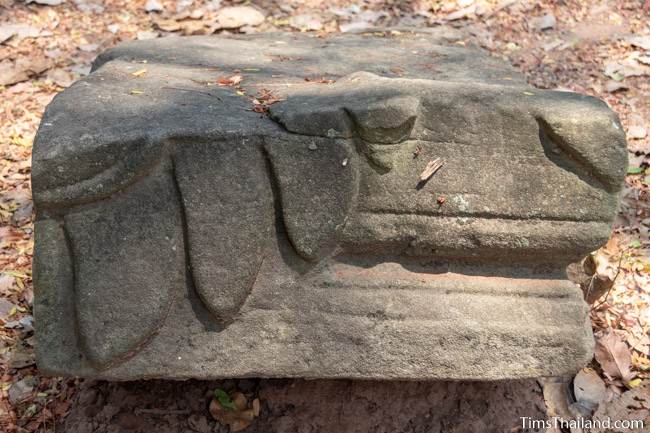 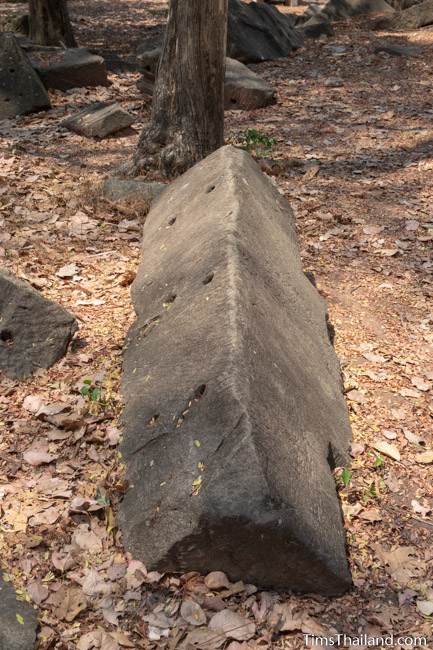 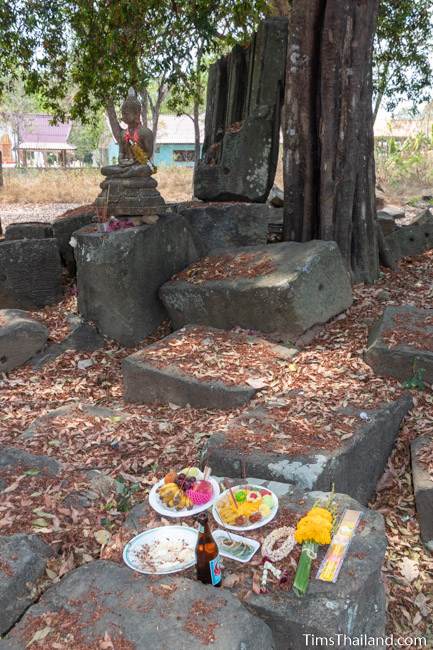 At Wat Bu Yai, the temple in back of the school, a section of a false door is kept in front of a shrine. 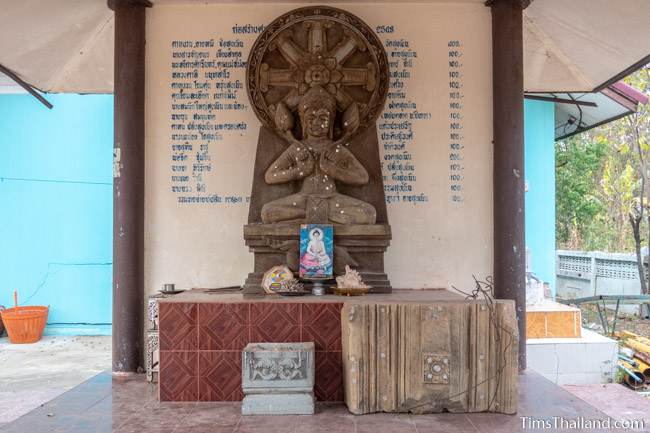 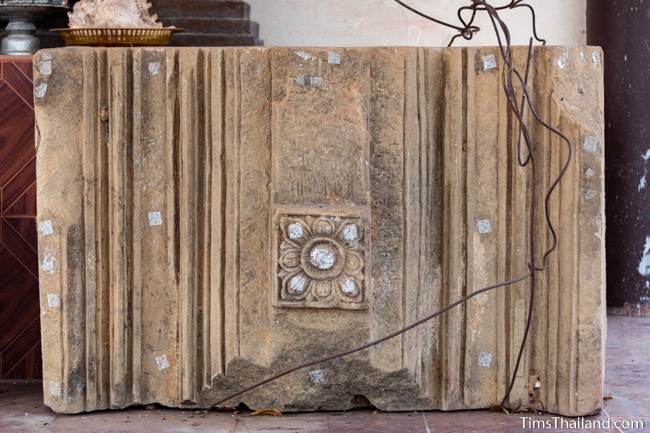