The laterite enclosure around Ku Sunthararam (กู่สุนทราราม) is nearly complete, which isn't often the case in Thailand, but that's the only Khmer era structure visible here. Concrete fills in some gaps in the wall, but it has aged so much that it's not immediately noticeable. In 1956 a 29m-tall Buddha statue was built over what remained of the toppled laterite tower(s) and there's a big modern arched gate in typical Thai temple style where the eastern gopura once was. Because of this, the Fine Arts Department is unable to estimate a date (or artistic style) beyond saying it probably falls into the range of 11th to 13th centuries CE. The U-shaped moat was completely filled in to give the temple more land. 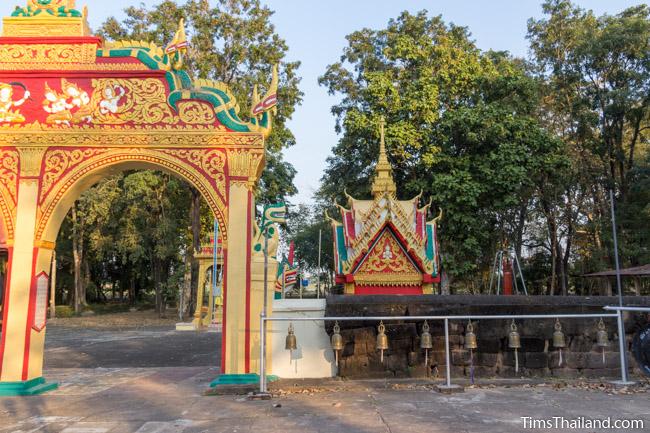 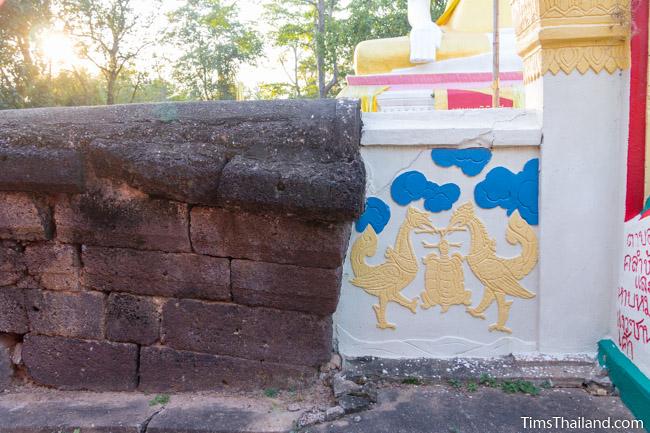 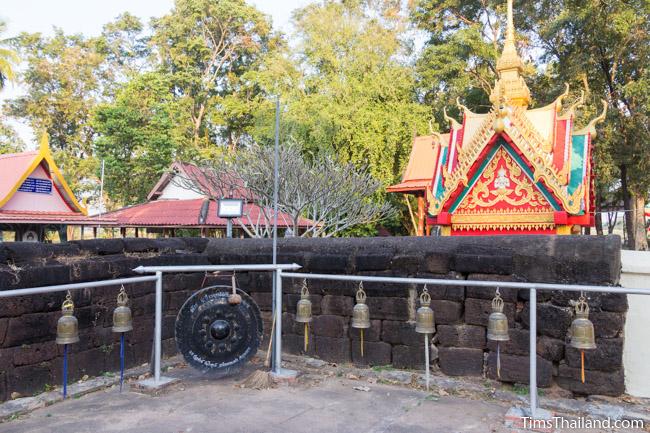 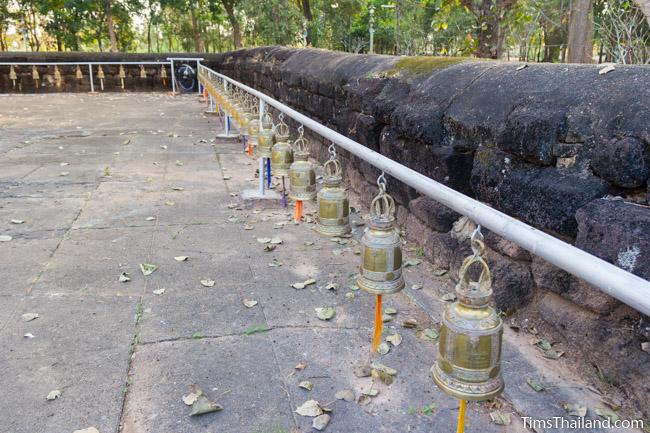