A very ordinary Thai temple in most regards, and not high on the list of Phuket's main tourist attractions, Wat Phra Thong (วัดพระทอง) is nevertheless a great detour for temple enthusiasts. People come to the "Temple of the Golden Buddha" (named by King Rama VI while he was still just a prince) to see its unique namesake Buddha image, which is usually called Luang Por Phra Phut (the "Emerging Buddha") in Thai and the "Buried Buddha" in English. All there is are the head and shoulders, the rest lies symbolically underground. This concrete Buddha was built over an ancient magical normal-sized Buddha image that remains buried in the ground since nobody who tried could succeed in digging it up. 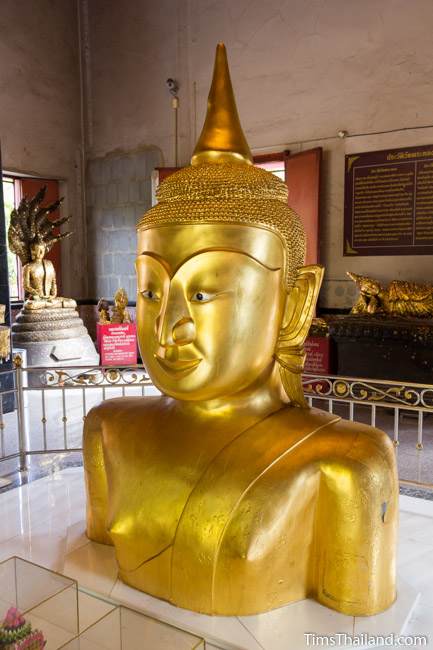 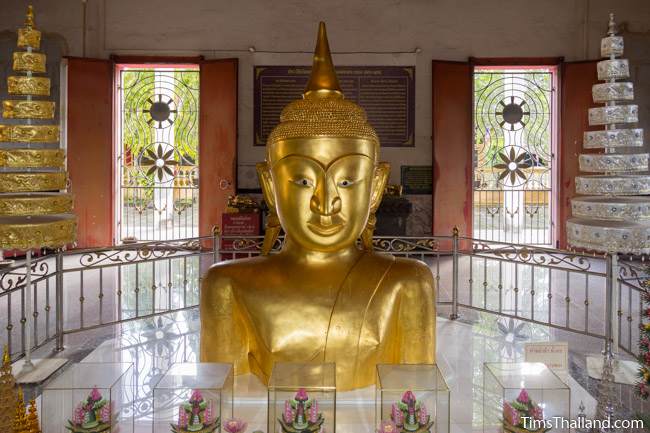 The statue's legend has many variations (even different signs at the temple conflict with each other) but in general the story goes like this. Long ago, a young boy brought his buffalo to graze in the pasture here and tied it to what he thought was a post. After returning home he and the buffalo fell sick and died. That night, his father dreamt that his son had tied the rope to a Buddha image's flame of wisdom, and the next morning he cleaned the mud off the "post" and saw that his dream was true. People tried to take the Buddha out of the ground, but those digging (not the people who were just watching) were attacked by hornets. So, it was left as is and a roof was built over it. When the Burmese invaded Phuket in 1785 they tried to take it back to but the soldiers were attacked by ants. Soon after the war ended a temple was founded here and the exposed portion of the Buddha was covered with gold leaf. Later, the current covering was built and made the center of the temple's wihan. 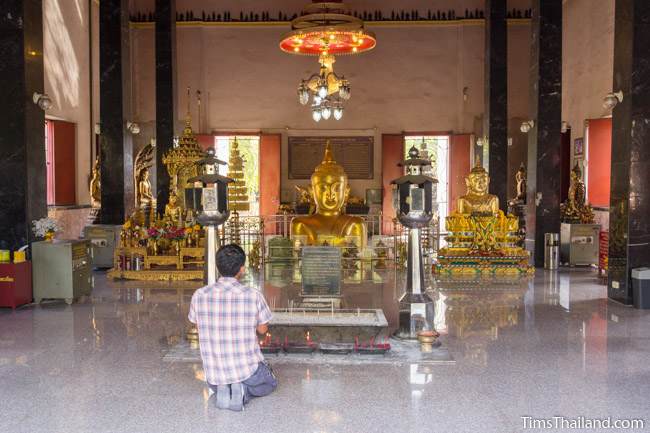 Surrounding Luang Por Phra Phut are the statues of the daily Buddhas. This temple made the odd (but wonderful) decision to assign the Touching His Hair posture (ปางพระเกศธาตุ) as the Buddha for people who don't know their birth day rather than the normal Subduing Mara. The attendant didn't know why this was done and no elder monks were around for me to ask. There's also a replica made specifically so people can attach gold leaf. 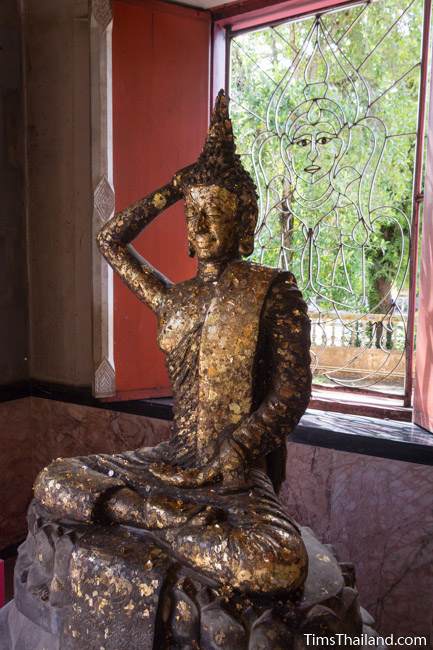 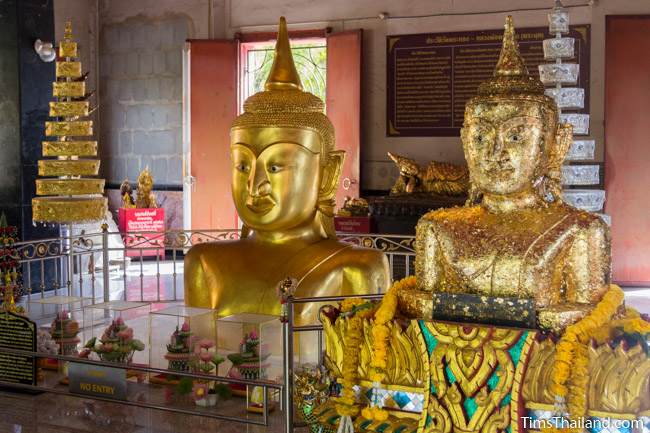 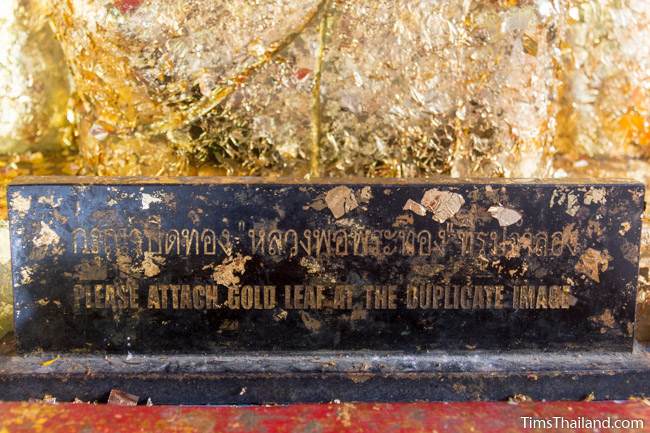 Behind the wihan a pair of statues show the boy making his fateful mistake, along with other statues. Nearby are 18th century cannons, apparently used during the war with Burma, and a small historical museum with a random mix of old things and Buddhist art in glass cases. 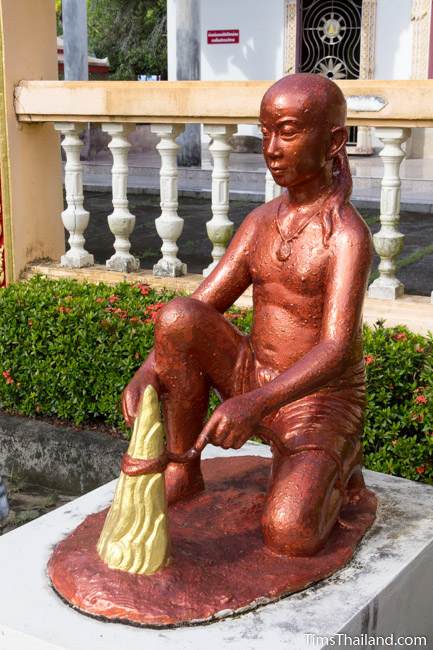