At first glance, all you'll see of Ku Khu Khat (กู่คูขาด) is a large Buddha on a small, tree covered hill. 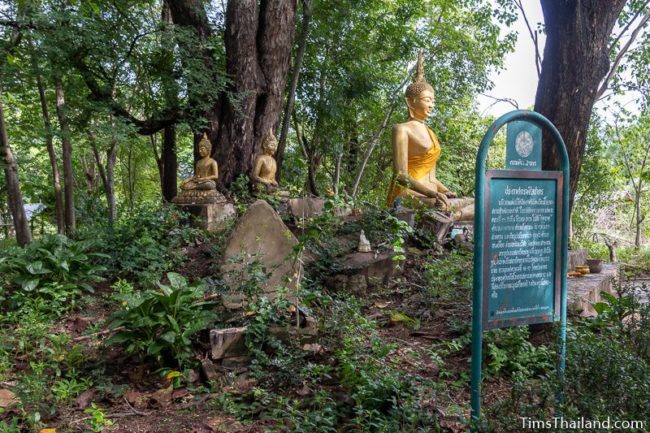 But get closer and you'll find that the hill is a pile of laterite blocks and brick covered almost completely by dirt and leaf debris. Some laterite is still visible and a few bricks can be seen sticking out of two places under the big tree. 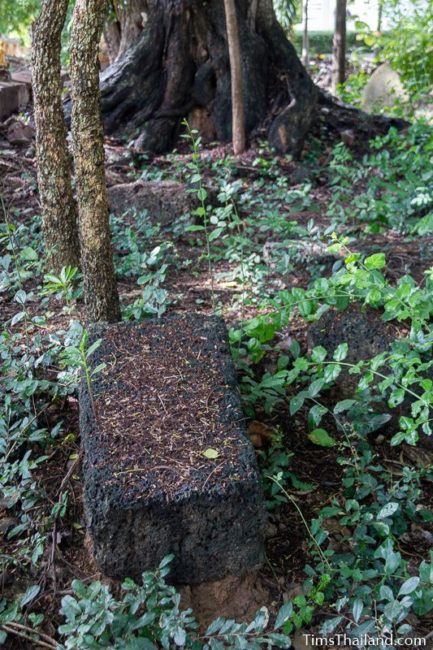 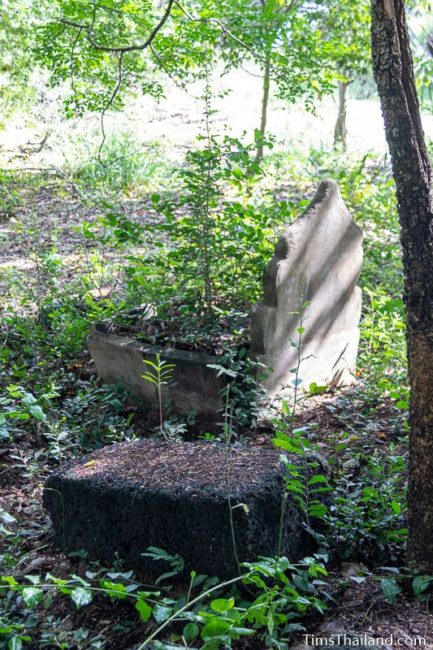 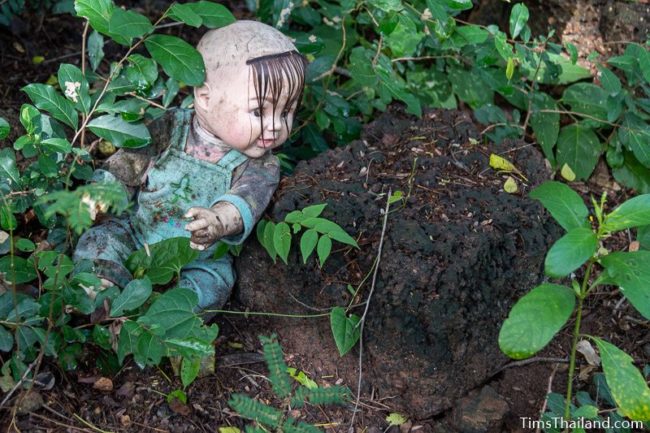 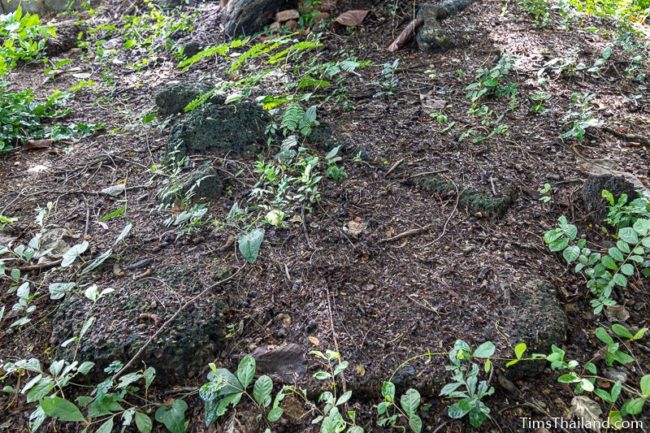 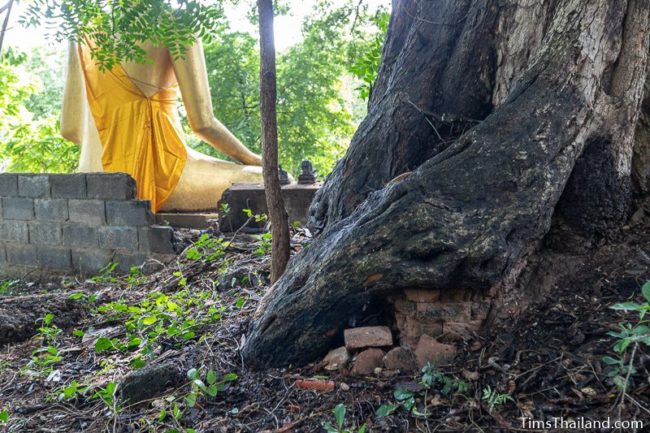 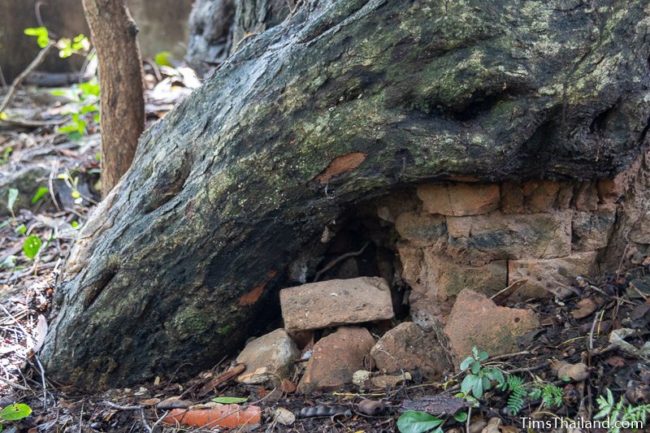 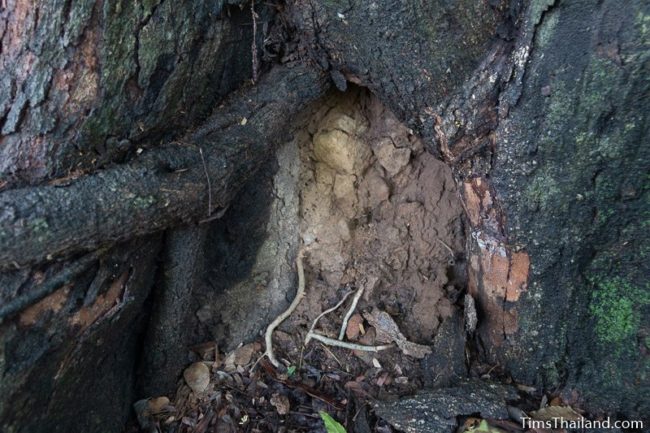 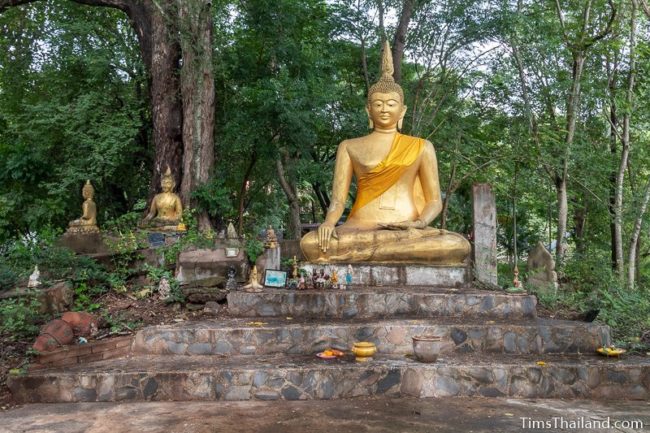 A small, broken pedestal sits on the ground in front. Other than this, no carvings or other remnants are kept at the temple. 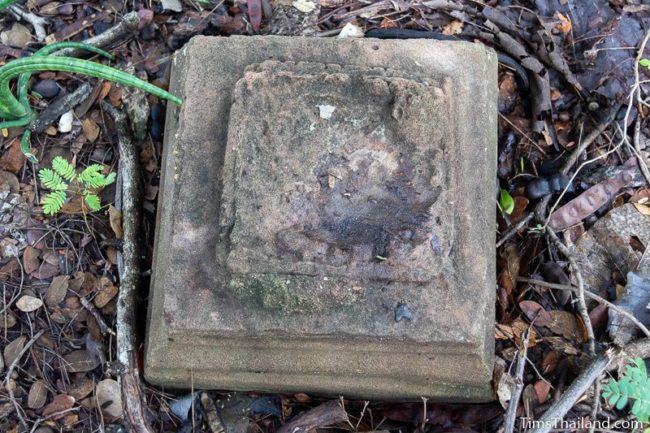 Ku Khu Khat was surrounded by a horseshoe-shaped moat, which still remains to the north and west. The southern portion was filled in to build the white wihan that's there now. 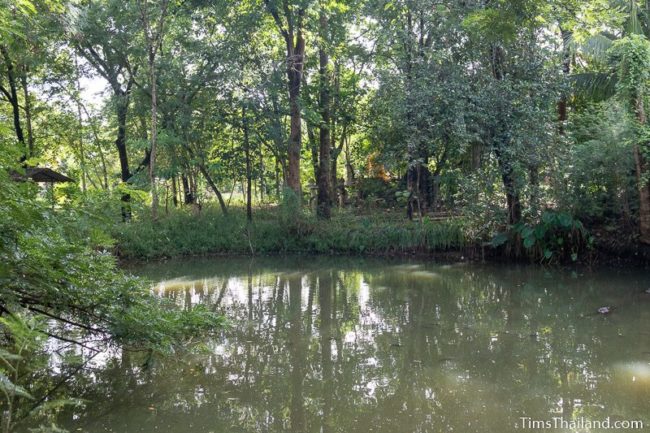 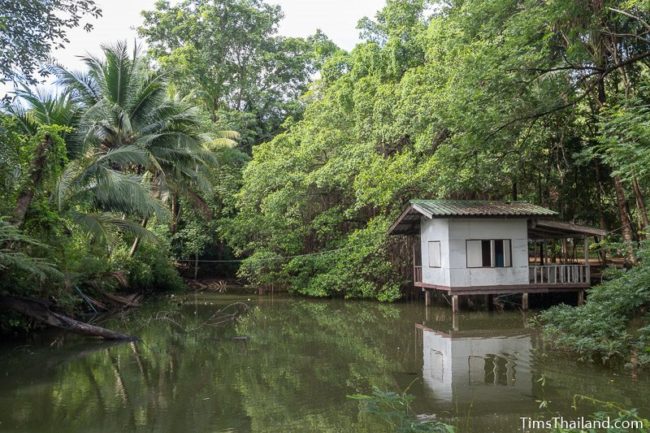 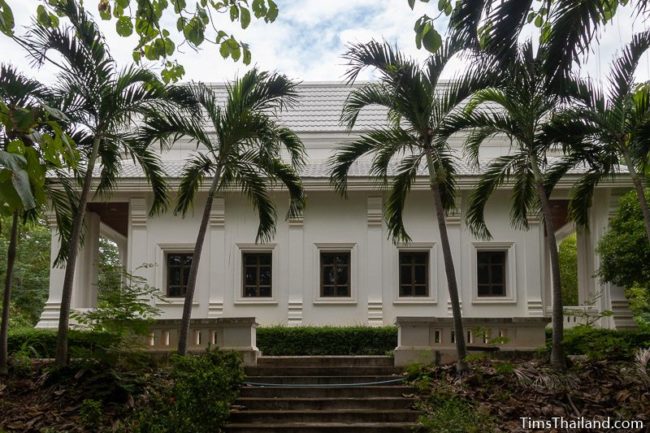 Land across the road to the east of the ruins appears to be the remains of a baray. Looking at it on site you won't notice anything (much has been filled in for forthcoming construction), but using Google Maps satellite view a distinct rectangular plot can be seen quite clearly. 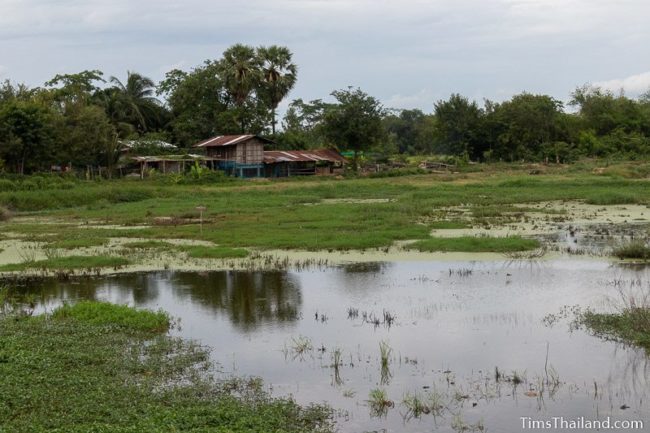 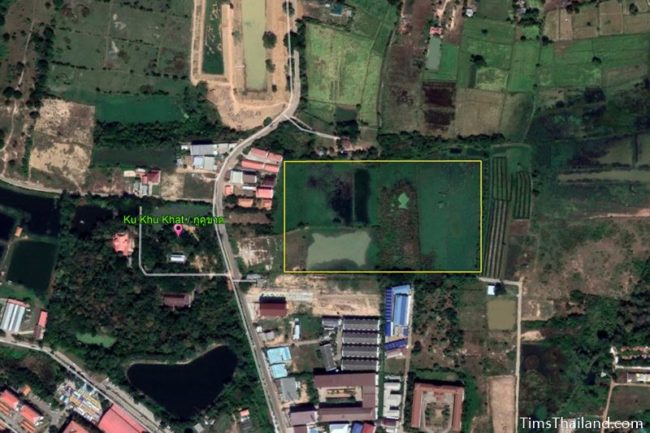