อ่านภาษาไทยที่นี่ (Click here to read a Thai version.) This is the second of two pages explaining the ground-floor murals inside Wat Nong Wang‘s Phra Mahathat Kaen Nakhon stupa. These murals are all about Isan culture. Murals #1-23, about Khon Kaen history and the general introduction about the murals are on the first page. — — — Northeastern Way of Life (24) Land of the Kaen.Khon Kaen is known to some… Read More 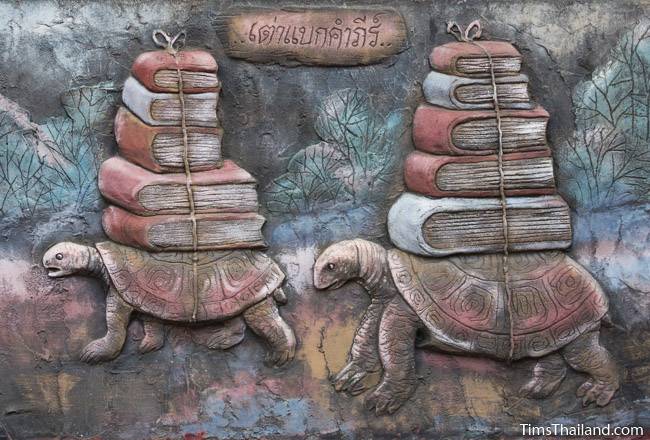 Nobody knows when Wat Pho Ban Nontan began, but the many clay Buddhas found here show that it is very old. It was upgraded around 1789, when Khon Kaen city was founded on the other side of the lake. Up until the mid-20th century, it remained surrounded mostly by wilderness. Though the city has now engulfed it, the temple retains the wilderness connections as best as it can with some… Read More