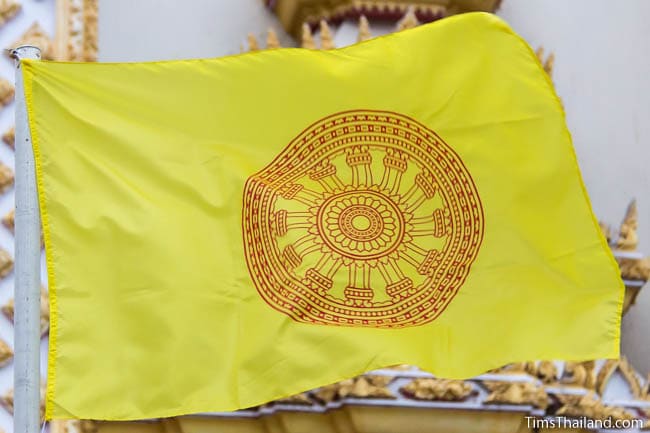 The Thai Buddhist Flag Nearly every temple in Thailand flies the yellow and red tong dhammachak (“Thai Buddhist flag”) which was officially introduced by the Thai sangha in 1958. The red circle is a dharma wheel (dhammachak in Thai) and it represents dharma, the teachings of the Buddha. Also known as the “wheel of law,” it was metaphorically set in motion when the Buddha gave his first sermon, known as… Read More