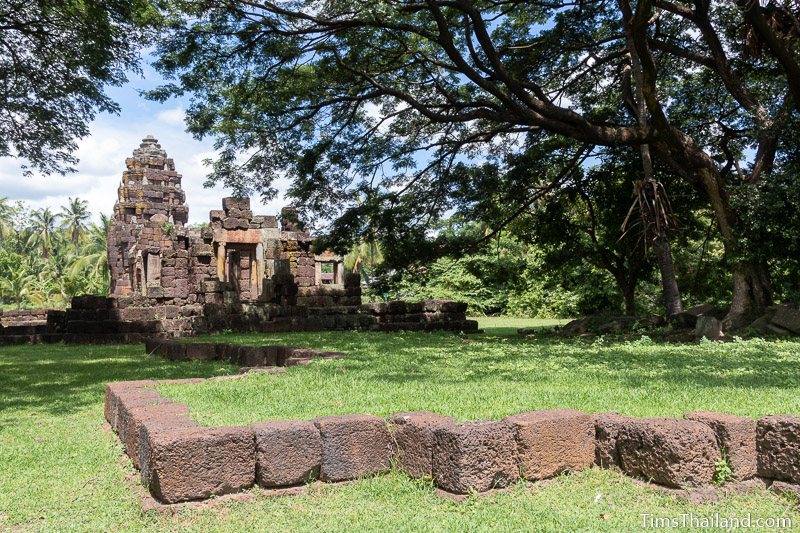 At the foot of Phanom Rung mountain, Kuti Ruesi Ban Nong Bua Rai (กุฎิฤษีบ้านหนองบัวราย) was the temple for one of the 102 arogayasala (hospitals) built by King Jayavarman VII (r. 1182-1219) around the empire. Like a lot of his projects, it was not fully completed. Like other arogayasala, it’s built with laterite using sandstone for the trim and has a single east-facing tower for the main sanctuary with a single bannalai to its southeast, both… Read More 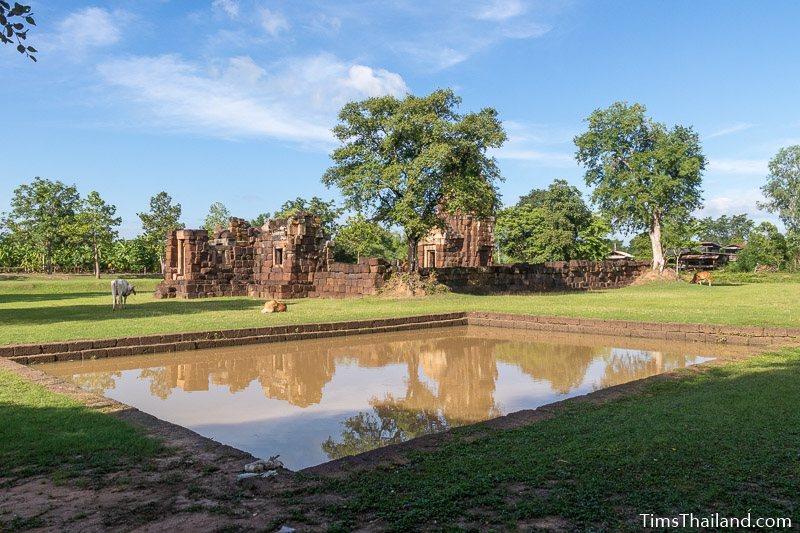 Just 750m away from Prasat Muang Tam, Kuti Ruesi Ban Khok Mueang (กุฏิฤาษีบ้านโคกเมือง) was built much later by King Jayavarman VII (r. 1182-1219) for one of the 102 arogayasala (hospitals) he opened across the empire. It has the standard arogayasala design: a single east-facing tower, a single bannalai southeast of the tower, an enclosure with just one gopura, and a rectangular pond outside to the northeast; all built of laterite with sandstone only for trim. The main prang,… Read More 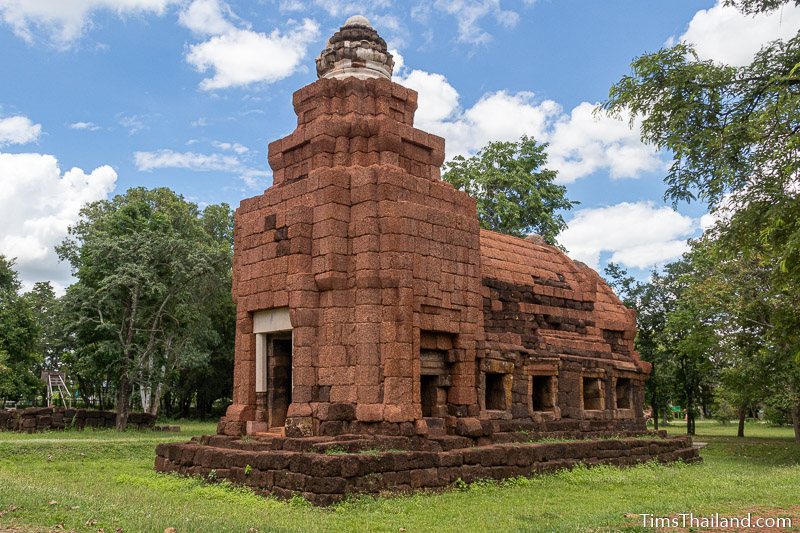 Prasat Ban Bu (ปราสาทบ้านบุ) is one of the 17 dharmasala fire shrines King Jayavarman VII (r. 1182-1219), a devout Buddhist, built along the road from Angkor to Phimai, and one of only two in Thailand that have been restored; Prasat Ta Muean being the other. The clear color difference shows that over half of the laterite blocks used to rebuild it are new. Prasat Ban Bu is a single east-facing… Read More